After the last edition on the CD of EA’s magnificent album «Ea Taesse» ended, Solitude Productions came to what audiophiles from around the world had been dreaming of for so long, subdued by their debut work. So, “Ea Taesse” is being released for the first time on vinyl, which has undergone special mastering and has been designed in the form that it was originally seen and planned by musicians.
The first edition will contain a limited number of unique colored vinyl («grey opaque with black and white splatter»), which will not be further printed and which may soon become rarities and an object of search for collectors from all over the world.
Vinyl will be printed in Europe, so shipping costs will be lower for buyers from Europe, and delivery will be much faster. We expect to start shipping in the second half of July, but it'll be depending on the situation in the world. 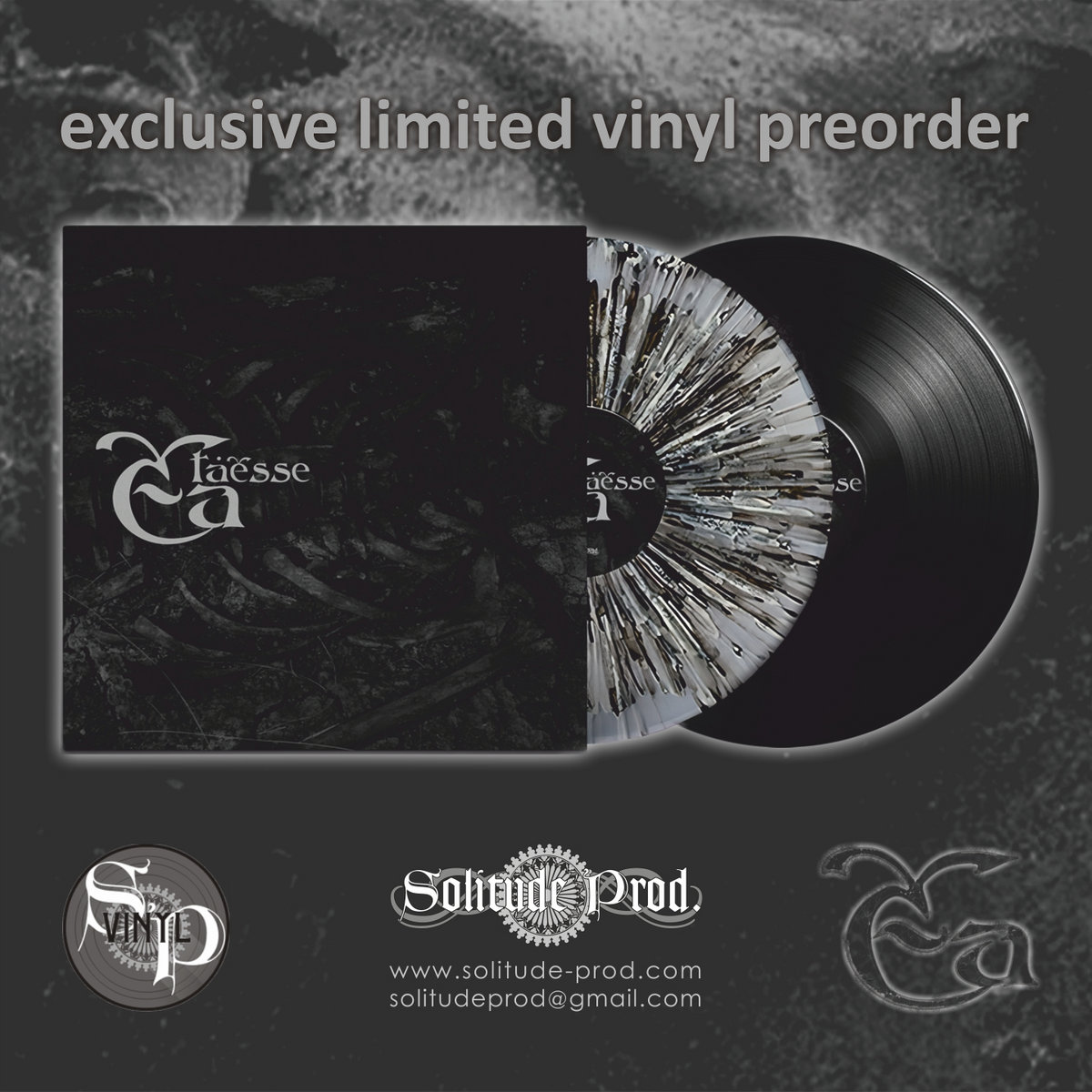